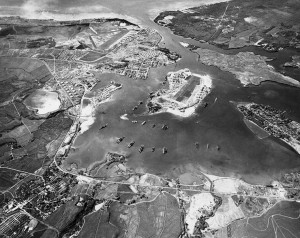 December 7, 2011 will mark the 70th anniversary of the attack on Pearl Harbor.

Pearl Harbor Remembrance Day is a time to reflect on the lives that were lost that fateful day, as well as the sacrifices made in the following years as World War II raged on.

In the early 1980’s many of my clients had worked at Pearl Harbor during World War II as part of a national effort to rebuild and maintain the US fleet after the tragic attack at this very shipyard. Because of their work, they were exposed to asbestos dust. Unaware of the deadly hazard this posed, they breathed this dust and some workers decades later contracted mesothelioma, a lung cancer caused only by asbestos.

Whenever I think of these former World War II Pearl Harbor workers, I am reminded of the sacrifice they made. They contributed to the same war effort as those who lost their lives on December 7, 1941. And sadly, they met the same fate as the 2,403 victims of the Pearl Harbor attack.

Tomorrow I will remember all of the victims of Pearl Harbor.