Pearl Harbor Shipyard Workers Continue To Show “Can Do” Attitude

Over the past three decades I have represented thousands of Pearl Harbor Naval Shipyard workers suffering from asbestos related diseases, including mesothelioma.  They were exposed to asbestos dust as Navy ships were overhauled and repaired at Pearl Harbor from before World War II right up until the mid 1970’s and even into the 1980’s.  Over these many years, I have learned much from my clients about the maintenance and repair of ships at Pearl Harbor Naval Shipyard. I am always interested and take great pride to read about the ongoing work at this shipyard which is still one of the greatest shipyards in the United States.  Pearl Harbor has been repairing and maintaining the Navy’s fleet since 1908 and always stands ready to do whatever is necessary to support the Navy. 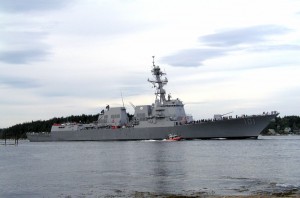 Even today the shipyard demonstrates its “Can do” attitude.  I recently read about repairs to two deployed ships, the USS Gridley (DDG-101) and the USS Stockdale (DDG-106), being completed at Pearl Harbor earlier this summer.  Manager Larry Doong of the shipyard’s Industry Management Department succinctly summed up Pearl Harbor’s commitment to the Navy:  “If they have the opportunity to get fixed, we will jump on that chance to help them.  We do whatever we can to support ships for deployment.”  It is this attitude and the shipyard’s strategic location that has made it invaluable to the Navy for many decades.

These shipyard workers have been essential to keeping the US Pacific Fleet operational and mission ready– whether during World War II, Korea, the Vietnam conflict, or peace time.  But these workers are often the unsung heroes for not everyone knows the perils they faced as they carried out their work.  These shipyard heroes unfortunately were exposed to deadly asbestos dust as they maintained and repaired the Navy’s fighting fleet for war, and many of them contracted asbestos-related diseases as a result.

Shipyard workers around the country were responsible for the construction, repair and overhaul of battleships, destroyers, cruisers, aircraft carriers, submarines, auxiliary crafts, and many other types of vessels.  Workers worked both aboard the ships and in the shipyard shops.  The work was often performed in very confined spaces and many trades worked side-by-side in repairing equipment on the ships.  Literally tons of asbestos insulating materials were used on US Navy vessels up until the mid 1970’s and into the 1980’s.  Machinery and piping on Navy ships would be covered with asbestos insulation.  As workers repaired and maintained these ships, asbestos dust would be released into the air and inhaled by workers.  All of the workers at the shipyard were heavily exposed to asbestos dust as they carried out their work.  Even though the companies that sold these products that utilized asbestos knew of the dangers, they did not tell the shipyard workers who remained unaware of the danger that inhaling asbestos dust posed to them.

Asbestos Exposure During Ship Construction – Shipyard worker were responsible for cutting, shaping and mixing asbestos insulation.  Asbestos pads, block, cloth, tape would be used to insulate machinery and piping through the rest of the ship.  Construction of a new ship would generate massive amounts of asbestos dust which workers would breathe in the confined spaces they worked. 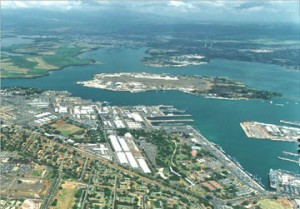 The tireless efforts that these shipyard workers put in to building and maintaining the Navy’s vessels leaves them at a serious risk of developing mesothelioma.  Through my work as a mesothelioma lawyer, I have worked with numerous clients who have worked in shipyards across the United States.  Some of my clients only worked in shipyards for a short period of time.  But there is no known safe level of asbestos exposure so even a short period of time working in a shipyard can leave one at risk of developing this deadly disease.  If you or someone you love has worked in a shipyard at any point in their career, be sure to have regular doctor visits.  Let your doctor know immediately if you begin to show any symptoms of mesothelioma or any asbestos-related disease.