I am always in awe when I stand beneath the bow of a United States Navy vessel whether it’s an aircraft carrier, destroyer, submarine or auxiliary vessel.  These ships take on an identity and personality all their own.  When they are decommissioned, scrapped or sunk, sailors as well as many civilians grieve just like they would the loss of an old friend.  But some Navy ships live on in a new way. 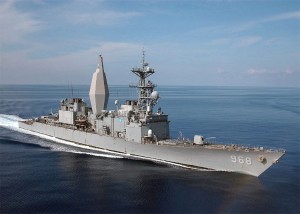 Last August, the USS Arthur Radford (DD-968) became the largest vessel to become part of an artificial reef in the Atlantic Ocean.  After 25 years of service in the US Navy, this ship was sunk off the coast of New Jersey and Delaware.

The Radford, however, is not the largest US Navy vessel to be sunk for use as an artificial reef.  That honor goes to the USS Oriskany (CV-34) which sits off the coast of Florida in the Gulf of Mexico.  But while the USS Radford may not be the largest vessel used as an artificial reef, it was the cleanest ship to be reefed—especially when compared to the USS Oriskany.

Asbestos One of the Hazardous Materials on USS Oriskany 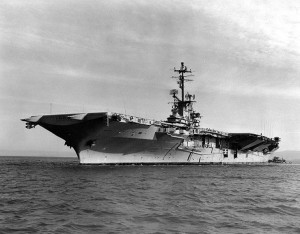 Clean up for the USS Oriskany cost $20 million due to the extensive efforts and work that had to be done before the vessel could be approved by the Environmental Protection Agency to become a reef.  The USS Oriskany was built in 1945 when literally tons of asbestos was used, as well as PCB’s and other hazardous materials.

From the 1930s until the mid 1970s, asbestos was the primary source of insulation used on Navy Ships.  Asbestos was used in pads, felt, cloths, cement, block, pipe covering, tape, thread, gaskets, and packing.  During construction of a Navy vessel, massive amounts of asbestos would be used to insulate the piping and machinery in the machinery spaces as well as throughout the ship.

Although the asbestos was removed before the USS Oriskany was committed to its new life as an artificial reef, the sailors who served on this ship for many decades were exposed to the asbestos every day putting them an extremely high risk of developing an asbestos-related disease.

The sailors who worked in the engine rooms of the USS Oriskany were responsible for the repair and maintenance of the machinery and equipment that utilized asbestos insulation.  Routine repair work caused asbestos dust to be released and breathed, not only by the seamen who worked in the engine rooms, but by all the sailors as the asbestos dust was carried throughout the ship on their clothes.  The sailors were unaware of the dangerous nature of the asbestos dust and the fact that it could lead to an asbestos related cancer.  And they were never warned by the companies who sold these dangerous products even though they were aware of the danger.  Today these seamen remain at a very high risk of contracting mesothelioma, a cancer caused by asbestos.