What Is A Concussion?

What Is A Concussion?

Often brushed off as “seeing stars,” mild traumatic brain injury (also called a concussion) is a subset of traumatic brain injury that occurs when an external force alters brain function. The brain, suspended in cerebrospinal fluid, reacts to the sudden motion of the trauma. Despite the inherent resiliency in the human brain, the differential movement of brain matter causes it to bounce, twist and hit the inside of the skull.

This leaves contusions (bruises) on the brain that produce immediate physical, cognitive and emotional symptoms such as headache, nausea, balance problems, emotional imbalance, short-term memory loss, sleep disturbances and irritability. The current understanding of mTBI involves a shift in focus from anatomical damage to a more complex neuronal dysfunction involving a cascade of ionic, metabolic and physiologic events. Brain injuries not only produce a structural change but also a chemical one, fundamentally altering our very perception of the world.

Every Concussion Is Different

Every concussion is different depending on the individual brain, the environment, the genetics, and a host of variables including where in the brain the injury occurred. The pattern of injury within the brain is significantly different depending on how the injuring force was applied to the brain. It frequently takes 2-3 weeks to recover from a concussion, although it varies from person to person. It wouldn’t be abnormal for someone to take a month or longer to recover. The most important symptoms to be aware of are behavioral: personality changes due to brain injury are the most traumatic and disruptive.

Concussions or mTBI happen most frequently during sports and recreation, motor vehicle and bicycle accents, assaults, and falls. Whether on the sports field or at home, traumatic brain injuries happen often, unexpectedly and pose risks underestimated by the general population. The injury leads to permanent or temporary impairment of cognitive, physical and psychosocial functions with an associated diminished state of consciousness. The injury is one of the leading causes of death and disability in the United States.

Mild traumatic brain injury is attracting greater awareness due to a national concussion crisis and the shocking dearth of knowledge regarding concussion management (particularly in schools). Speaking at the White House Concussion Summit, President Obama emphasized, “The awareness is improved today, but not by much. So the total number of young people who are impacted by this early on is probably bigger than we know.” 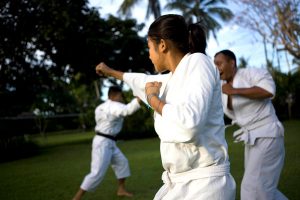 Congress, the White House and the CDC all agree mild traumatic brain injury is an issue nearing “epidemic” proportions. The indirect and direct cost of mTBI is estimated by the National Conference of State Legislatures to be $70 billion dollars, in addition to the emotional toll on family and friends.

Although CT scans, MRIs and PET scans can image structural abnormalities from brain injury or skull fractures, problems from concussions are based in neurometabolic damages. Scientists are researching objective diagnostic markers that could be used to diagnose concussions. Currently, the symptoms generally must be self diagnosed—the responsibility frequently falls on the individual to report symptoms rather than determined through objective diagnostic markers. When concussions occur during a sporting event, physical trainers and coaches must make high-risk judgments about whether or not to send players back into the game. As more information about the hazards emerges, it becomes clear that it is better to err on the side of caution.