The Hawaiian Problem with Increased Pesticides and Pregnancy 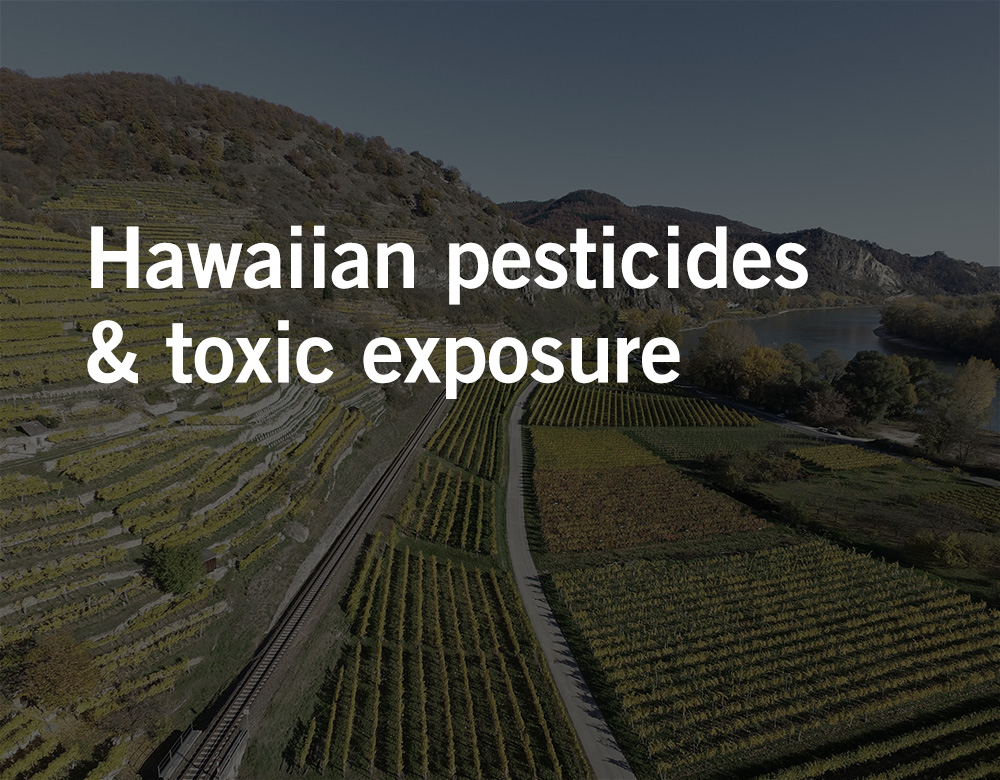 The Hawaiian Problem with Increased Pesticides and Pregnancy

How Pesticides Enter Our Bodies

Fruits and vegetables provide vitamins, minerals, antioxidants, and other necessary nutrients to the general population, but according to an article published in a January 2018 issue of JAMA Internal Medicine , fruits and vegetables  also serve as the primary way that pesticides enter the human body. Studies have in fact shown that some agricultural pesticides have harmful effects on the body including decreased fertility, spontaneous abortion, stillbirth, and developmental abnormalities.

In an editorial, Philip Landrigan, MD, of the Icahn School of Medicine at Mount Sinai in New York City, said, “The observations made in this study send a warning that our current laissez-faire attitude toward the regulation of pesticides is failing us. We can no longer afford to assume that new pesticides are harmless until they are definitively proven to cause injury to human health.” Dr. Landrigan goes on to emphasize the importance of truly understanding the pesticide industry and how it works and strengthening requirements for both pre- and post-market testing of how these pesticides affect the human body.

Pesticides do not only enter the body through direct consumption, however. While sprayed pesticides land on directly-specified crops, pesticide drift can result in pesticides traveling beyond the confines of the intended crops.

Pesticides and the Community

Agricultural companies are big business in Hawaii. According to the Hawaii Crop Improvement Association, the agricultural industry accounts for $260+ million of the state’s GDP. However, the pesticides that the companies utilize on genetically modified organisms (GMOs) such as corn and soybeans, have the potential to affect anyone who lives, works, or plays in close proximity to the agricultural area. Exposure to these pesticides can result in birth defects in children whose parents were exposed through pesticide drift and ground water contamination.

Workers with occupational exposure to pesticides have a significantly greater exposure rate than the rest of the population. Farmworkers in particular depend on farm owners and labor contractors to provide a safe working environment for them in which to work. The United States requires that pesticides with the highest toxicity potency known as “restricted use” pesticides only be handled by people with certification in the safe handling of these chemicals. Migrant and/or seasonal workers rarely have sufficient training with these chemicals, and as such, are often disproportionately affected by the adverse health effects of these restricted pesticides. In turn, their children run the increased risk of birth defects related to toxic exposure.

Pesticides can be breathed, absorbed through the skin, or ingested from food or water.  Any which way, there is the possibility of damaging the mother’s or father’s chromosomes and leading to abnormal DNA in the baby if parental exposure occurs before or soon after conception. Pesticides used in Kauai, Maui, and other neighboring islands have been linked to the following birth defects: