Scientific advancements and a greater understanding of the issues that affect the health and safety of young athletes are key to reducing sports-related concussions in youth, reads Congress’s Youth Sports Concussion Act of 2013. States across the country have been quick to respond to the challenge of preventing student athlete injuries through implementing concussion management policy. 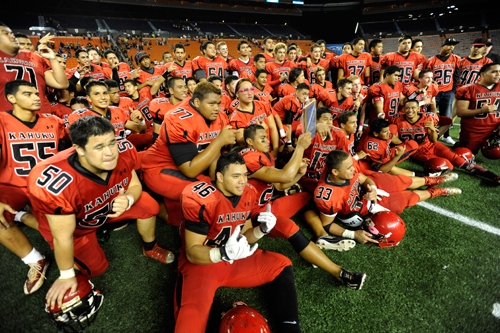 Why is this important challenge only beginning to be addressed? Previously, a concussion was assumed to happen only if a person fully lost consciousness. It turns out that experiencing a concussion or mild traumatic brain injury (mTBI) is more common than previously understood. In 2010, about 2.5 million emergency department visits; hospitalizations, or deaths were associated with TBI in the United States. Many of these injuries occur during participation in youth athletics – particularly sports such as football, soccer, basketball, judo or even cheerleading. Sports and recreational activities contribute to about 21 percent of all traumatic brain injuries among American children and adolescents [CDC].

Given the data available on mTBI, the actual incidence of injuries may potentially be higher than reported. Many less severe head injuries are treated at physician’s offices or immediate care centers, or are self-treated.

The International Conference on Concussion in Sport held in Zurich, Switzerland brings leading neuroscientists from around the world to discuss and define “concussion” or mTBI. Referred to as the Zurich Guidelines, the report is considered by concussion management organizations the cornerstone reference for diagnosis and management. In 2012, during their 4th annual conference, they published the following definition of a concussion or mild traumatic brain injury:

Concussion is the historical term representing low velocity injuries that cause brain ‘shaking’ resulting in clinical symptoms that are not necessarily related to a pathological injury. It is a brain injury defined as a complex pathophysiological process affecting the brain, induced by biomechanical forces. Several common features that incorporate clinical, pathologic and biomechanical injury constructs that may be utilized in defining the nature of a concussive head injury include –

The definition, diagnosis and treatment of the concussion still face significant challenges and controversy. Scientists are studying potential leads for biomarkers – ways to determine through changes in body chemistry whether or not an individual has had a mTBI. Other than diagnostic specificity, development will also need to be made in evidence-based management strategies and rehabilitation.

As the awareness around the dangers of unnoticed or mistreated brain injuries in youth athletics increases, researchers and policymakers are working to minimize the risks of participation in sports. In 2014, the White House held the first Healthy Kids and Safe Sports Concussion Summit focused on advancing research on sports-related youth concussions and raising awareness of steps to prevent, identify and respond to concussions in young people. All states have some degree of concussion policy; with state-mandated management programs insuring schools and extramural athletics organizations have all the resources to treat brain injuries in a manner consistent with the most up-to-date medical understanding.

Further Reading for Parents and Athletes

When facing the difficult decisions of what to do after a traumatic brain injury, it is important to have the best information possible. A mild brain injury or whiplash could still contribute to long-term behavior and learning impediments. The period of recovery after the injury is the essential and in some cases may even require multi-disciplinary medical team. Those who are closest to the injured athlete such as parents, teachers, coaches teammates and friends will also be critical in a speedy recovery since a brain injuries are not as obvious as broken bones or other physical injuries.

CDC Heads Up (guide to concussions for parents)