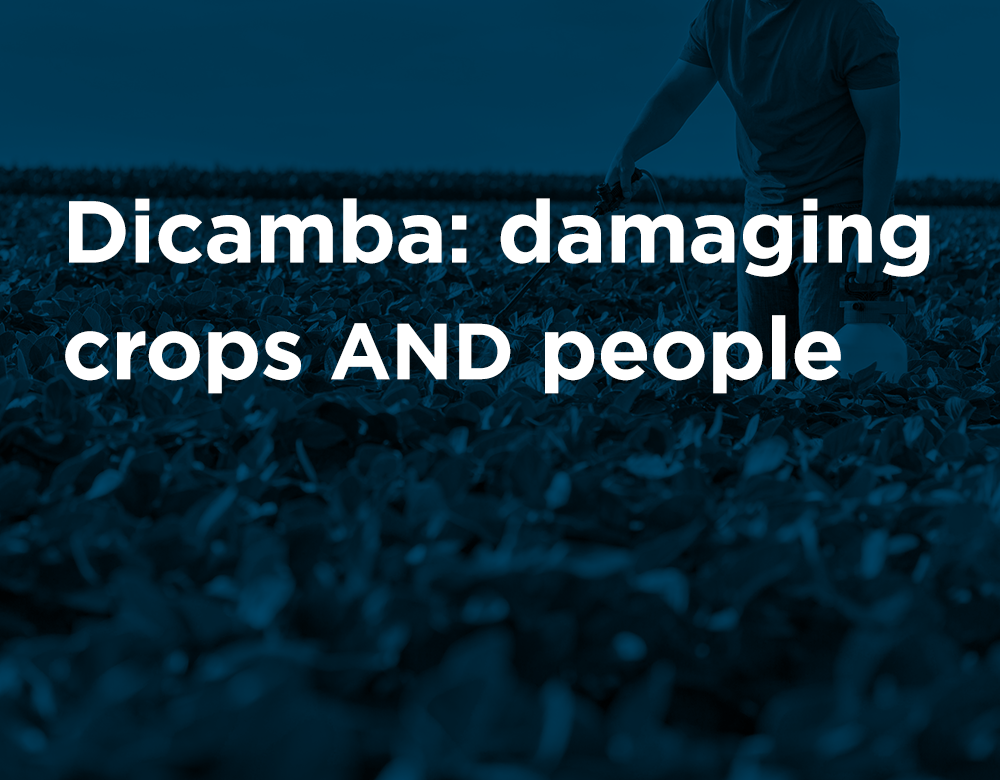 An end-goal of damage reduction leads the EPA and three major biotech firms to agree to stricter regulations for a popular herbicide, but is it enough?

The Environmental Protection Agency (EPA) has reached an agreement with agricultural and chemical manufacturers, including Monsanto, to reduce damage caused by a weed killer that can drift and hurt nearby crops, deciding that new requirements were appropriate. But, some scientists aren’t so sure that it goes far enough.

According to the new agreement, products made with the weed killer dicamba must have their labels altered to “restricted use.” Now, anyone who uses it will need special training or supervision and a certification that complies with EPA standards. In addition, record-keeping in relation to usage will be required.

But an NPR article reports that weed scientists from across the Midwest are worried and wish that they had been allowed to do more testing prior to the herbicide going to market.

Dicamba, a weed killer, is used on cotton and soybeans grown from genetically modified seeds. Genetically modified soybean seeds were designed by biotech firms to be resistant to dicamba, allowing it to be applied to fields to kill weeds later in the growing season. Reuben Baris, the acting chief of the herbicides branch of the EPA, said that 2,708 complaints had been reported to state agriculture officials about dicamba crop damage as of mid-October of this year.

What is the Issue for Farmworkers?

The issue is pesticide drift and volatility of the product. Pesticide drift can occur when a pesticide is sprayed in the air over one field and then carried by wind to another field. Farmworkers and plants in the nearby field, unaware that they are being exposed to this harmful pesticide, are left defenseless to protect themselves. When a pesticide is volatile, it can quickly vaporize becoming far more dangerous than a sprayed mist that drifts from its intended target.

The newly reached agreement calls for limiting the application of dicamba to when conditions aren’t windy, along with other provisions, according to the EPA. However, Arkansas farmers who filed suit against the company claim Monsanto knowingly misrepresented the safety of dicamba and that the herbicide caused “significant harm” to the soybean crop in Arkansas and other states in both 2016 and 2017.

Bob Scott, a weed scientist at the University of Arkansas, along with other colleagues performed dicamba field tests over the summer. The weed scientists found their worst fears discovered, the dicamba was evaporating from the soil and damaging nearby vegetation that had not been sprayed.

What are the Health and Safety Issues?

Pesticides and herbicides don’t just have the possibility of harming plants; they can harm people as well. Many contain toxic chemicals that can cause birth defects in children whose parents were exposed through commercial agricultural work, groundwater contamination, or airborne drift. Parents who work in the fields for the farming industry — or simply live near an agricultural area — are at high risk of exposure to toxic pesticides and herbicides used on the fields. Pesticides may damage the parents’ chromosomes and lead to birth defects among children who are conceived during or just after exposure. Birth defects and complications linked to pesticides include:

Consumers and individuals depend on companies catering to the commercial farming industry to make safe products and to provide warnings when necessary. However, it is the responsibility of labor contractors and farm owners to provide a safe working environment for their laborers and farm workers. The labor contractors and farm owners are frequently aware that chemicals used on their fields can be a cause of birth defects, but may fail to adequately warn or protect the workers from these dangers. No one should have to be exposed to hazardous pesticides due to an unsafe work environment.

With regards to the hazards of dicamba, Scott reportedly told NPR that ‘If this [dicamba] were any other product, I feel like it would be just pulled off the market, and we’d be done with it.”

Pineapple, Water, and Pesticides–Not the Most Ideal CocktailThe DIY Phenomenon with the Potential to Kill