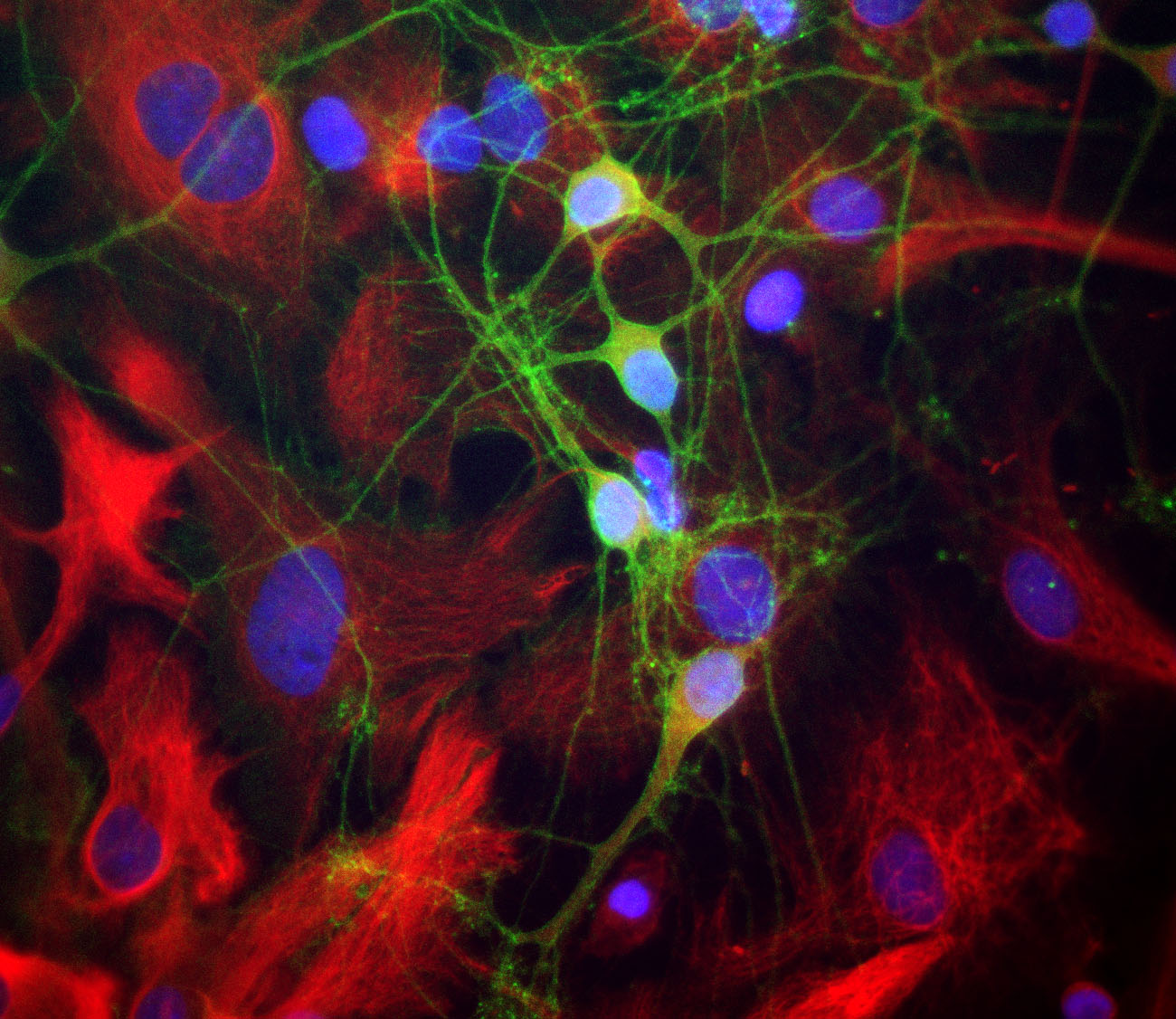 Above: The connective neurons of the brain are stained green by an antibody to SNTF, which is a protein that could soon be used to detect concussive injuries.

The link between concussions (also known as mild traumatic brain injuries) and long-term brain damage was further proven last month. Researchers from the University of Pennsylvania and the University of Glasgow released a study in Acta Neuropathologica, demonstrating their connection. The researchers found that when concussions occur, a brain protein called SNTF can increase in the bloodstream. Its presence indicates a type of damage believed to be a source of long-term cognitive impairments.

The type of damage to nerve fibers indicated by SNTF is known as diffuse axonal injury. According to the senior author of the study, “our findings also confirm that even relatively mild, concussion-type brain impacts can cause permanent damage of this kind.”

“Traumatic brain injury (TBI) is the chief cause of death and disability among children and adults from 1 to 44 years of age in the United States, leading to more than two million emergency department visits annually,” according to UPenn’s press release. So-called mild TBI or concussions make up the vast majority of these injuries, which go unrecognized and untreated all too often. Recent studies suggest that one in five patients with such “mild” injuries suffer from impaired cognition for at least several months, often longer.

The mechanism of this injury had been shrouded in mystery, because concussed brains show no detectable evidence of trauma on standard CT or MRI scans. Under a microscope, however, brain tissue from severe cases of these injuries exhibits “swollen, degenerating, and even fully disconnected axons throughout the white matter.” In diffuse axonal injury, bundles of axons that connect regions of the brain stretch and shear. Investigators believe that some axons, unable to recover from the damage of a concussion, trigger a self-destruct process that fully severs the nerve fiber from the brain, never to be restored.

Earlier work in the field has shown SNTF to be a tell-tale sign of axon destruction, created as a byproduct thereof. In the first several days following a TBI, new studies have found SNTF levels to rise more in those who suffered greater cognitive impairment.

This new study aimed to prove SNTF in particular as a marker of axonal injury. The study found that SNTF, which is undetectable in healthy brains, “predominantly identified only injured axons.” If further research pans this out further, it may soon lead to the creation of a new test for concussion, much in the way blood tests indicate damage caused by heart attacks.

Towards that end, doctors from the University of Gothenburg, Sweden, put this theory to the test in another research effort published last week. They found that blood SNTF concentration increased between 1 and 144 hours from the time of injury in professional hockey players who experienced persisting post-concussion symptoms.