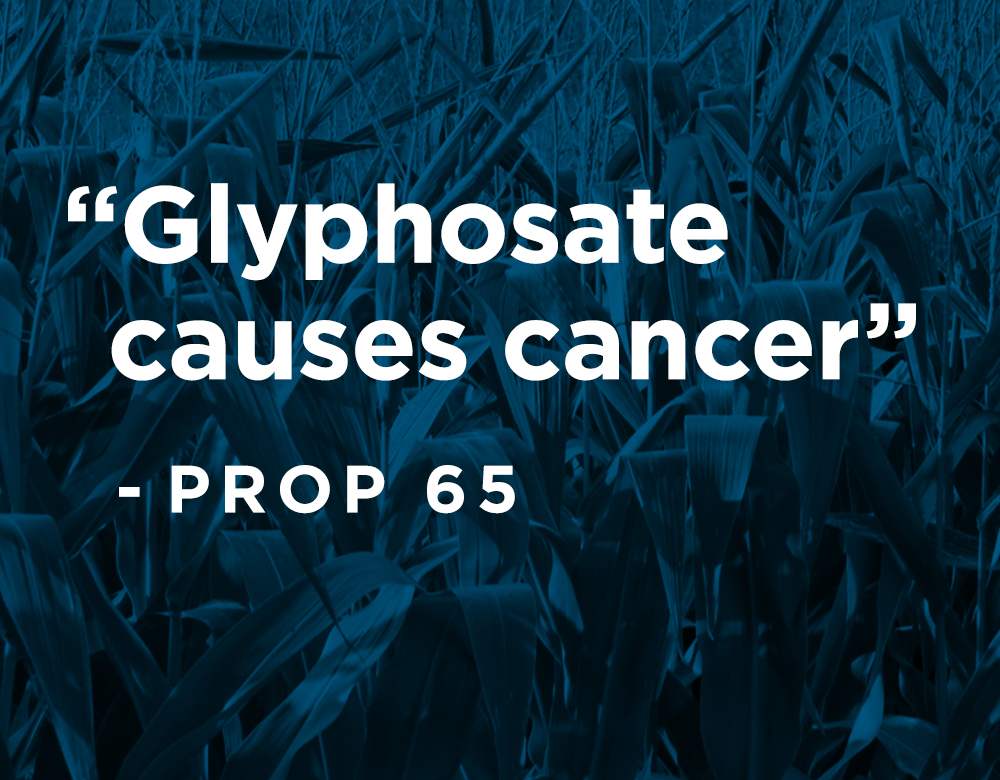 Glyphosate, the Main Ingredient in Roundup, Will be Added to California’s List of Carcinogens – A Cancer Warning Must be Placed on the Herbicide’s Product Label

The main ingredient in Roundup, glyphosate, will be added to California’s list of substances known to cause birth defects, reproductive harm, or cancer in accordance with Proposition 65. Glyphosate has been the center-point of a battle between chemical giant Monsanto and the California Environmental Protection Agency over the classification of the chemical as a carcinogen. For years, various reputable agencies have suggested that glyphosate can cause cancer – Monsanto denied such claims. Widespread use of Roundup and glyphosate in industrial agriculture and on commercial farms is common. Now, thanks to California’s Proposition 65, glyphosate will officially be recognized by the state as a dangerous chemical.

Proposition 65, also known as the Safe Drinking Water and Toxic Enforcement Act, was passed in California in 1986. This act requires products that contain chemicals deemed to be dangerous, such as substances known to cause birth defects, reproductive harm, or cancer to have warning labels displayed on their packaging. Proposition 65 not only allows consumers, including those in the commercial farming industry, to be aware of any harmful chemicals that might be in products, but it also encourages manufacturers to substitute out the harmful ingredients and make safer products that don’t need warning labels. The act has resulted in the addition of over 900 substances to the dangerous chemical list – glyphosate will be the newest addition.

Glyphosate is the main ingredient in the popular herbicide Roundup. This product, common in commercial produce farming, is used all over the world despite glyphosate’s known health risks. In 2015, the World Health Organization said that glyphosate is “probably carcinogenic.” Studies conducted in the U.S. have also indicated that it is linked to birth defects and reproductive problems. This is especially concerning because exposure to toxic chemicals during pregnancy, such as glyphosate, is all too common for female farm workers. Farm owners and labor contractors frequently neglect their responsibility to adequately warn and protect farm workers from the dangers of the chemicals that are being sprayed on the fields

Can Toxic Exposure Cause Birth Defects?Vietnam Veterans Pass on a Tragic Legacy from Agent Orange