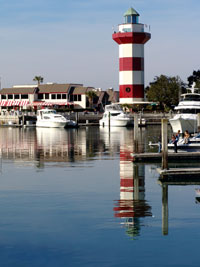 Home to smiling faces and beautiful places, South Carolina faces a hefty problem with asbestos unnoticeable to the transient observer. Canvassed by the bays of the Carolinas, from Myrtle Beach to Hilton Head, the key positioning of South Carolina next to the Atlantic Ocean has been both a gift and a curse as the very industries that its economy relied upon for economic strength are also responsible for exposing scores of its residents to asbestos.

A trifecta of industries–manufacturing, mining, and shipping–established themselves early on during South Carolina’s financial boom, and with them came various types of asbestos exposure. The addition of power plants, power companies, oil refineries and the regular use of ACMs (asbestos containing materials) in ships, buildings, homes, structures and equipment of all types makes South Carolina one of the states most heavily exposed to asbestos.

Whether constructing ships or serving aboard one, many ship builders, sailors, navy vets and any workers who’s daily job involved being aboard a ship placed them at risk as asbestos was used as an insulator on pipes, walls and any part of the ship prone to overheating or catching fire. In power plants, the durable, flexible, heat-resistant fibers were packed into the lining of boilers, heavy equipment, gaskets and pipes. Workers who were daily threatened by intense heat and fire were even required to wear protective gear that was stuffed with the toxic substance.

South Carolina also authorized open mining of what was once believed to be wonder material, and put miners in direct contact with the harmful substance. Deposits of chrysotile, also known as “white” asbestos were found in the Foothills, along the eastern slopes of the Appalachian Mountains and along the Georgia border.

Below is a list of occupations that put South Carolina workers at a known risk of asbestos exposure. If you worked in one of these occupations in the 1980s or earlier, there is a good chance that you were exposed to asbestos:

The following is a list of some of the South Carolina job sites where there is a documented use of asbestos products. If you or a family member worked at one of these places, you may be at a heightened risk of asbestos disease.

If you believe that you may have been exposed to asbestos at your own job, please contact a mesothelioma attorney for more information. There are many other job sites in Kansas where asbestos was used.

South Carolina has suffered numerous deaths due to asbestos. The most recent statistics available show that approximately 634 deaths were reportedly caused by asbestos in the two decades from 1980 to 2000, with 1980 representing the year in which the EPA began to more closely regulate the use of asbestos. Approximately 50% of those fatalities were caused by mesothelioma. However, it is widely believed that many mesothelioma deaths were not reported as it was often confused for lung cancer in those earlier years and mesothelioma was not required to be reported by the CDC until as late as 1999.

Mesothelioma is a deadly cancer of the lining of the lungs and abdomen, which is caused by asbestos exposure. Like other asbestos diseases, mesothelioma has a long latency period. This means that a person usually develops mesothelioma long after the initial exposure to asbestos – usually between 10 to 50 years later. Due to this latency period, the number of South Carolina mesothelioma deaths is expected to rise even though asbestos started to undergo stricter regulation in the ’70s and ’80s.

If you have been diagnosed with mesothelioma, and you believe you were exposed to asbestos in South Carolina, it is important that you contact a skilled attorney with experience in asbestos litigation. In addition, time is of the essence, because you have a limited amount of time to file suit.