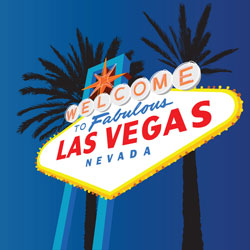 Nevada is the seventh largest state geographically, but is ranked thirty-fifth in terms of population. The principal sources of asbestos exposure in Nevada are found in the power plant, military and construction industries. Given Nevada’s climate, the home insulation industry is another source of asbestos exposure.

Asbestos was used in a variety of ways in Nevada. Asbestos was a common ingredient in many construction materials, including cement, plaster, joint compound, tiles, siding, and paint. Asbestos insulation was used in residential and commercial buildings to retain heat during the winter. Many older buildings still contain original asbestos materials.

Asbestos was also used on military bases. Military equipment commonly contained asbestos usually for insulation purposes. Military service-people as well as civilian contractors and workers were exposed to asbestos while working on such equipment.

Below is a list of occupations that put Nevada workers at a known risk of asbestos exposure. If you worked in one of these occupations in the 1980s or earlier, there is a good chance that you were exposed to asbestos:

The following is a list of some of the Nevada job sites where there is a potential use of asbestos products. If you or a family member worked at one of these places, you may be at a heightened risk of asbestos disease.

If you believe that you may have been exposed to asbestos at your own job, please contact a mesothelioma attorney for more information. There are many other job sites in Nevada where asbestos was used.

Mesothelioma is a deadly cancer of the lining of the lungs and abdomen, which is caused by asbestos exposure. Like other asbestos diseases, mesothelioma has a long latency period. This means that a person usually develops mesothelioma after the initial exposure to asbestos – usually between 10 and 50 years later. Due to this latency period, the number of Nevada mesothelioma deaths continues to rise.

According to the federal government, 99 Nevada residents died of mesothelioma between 1999-2004. In comparison to other states, Nevada ranks 35th in the number of mesothelioma deaths.

If you have been diagnosed with mesothelioma, and you believe you were exposed to asbestos in Nevada, it is important that you contact a skilled attorney with experience in asbestos litigation. In addition, time is of the essence, because you have a limited amount of time to file a lawsuit.