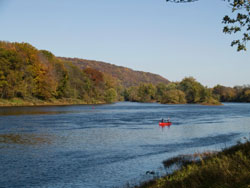 It is well-known that Delaware was the first of the 13 colonies to ratify the Constitution and thus, became the first state of the United States. Other notable facts about Delaware are that it is the second smallest state in terms of area, with only 2,490 square miles, and the 45th state in population with 885,000 residents in 2009. Nevertheless, Delaware is the sixth state in the Union in population density. Delaware is ranked second in terms of scientists and engineers as a percentage of its workforce. Sixty percent of the Delaware population lives in New Castle County. The principal industries in Delaware have been chemical manufacturing (primarily with the Dupont Corporation), automobile manufacturing, as well as paper products and rubber and plastic. Notably, over 50% of the publicly traded companies in the United States are incorporated in Delaware.

What is not appreciated is that asbestos was used throughout Delaware industries. Asbestos was used not only in chemical plants, but also in power plants and in construction, as well as in the maintenance and repair of aircraft at the Dover Air Force Base, which is one of the largest U.S. Air Force bases in the country.

Below is a list of occupations that put Delaware workers at a known risk of asbestos exposure. If you worked in one of these occupations in the 1980s or earlier, there is a good chance that you were exposed to asbestos:

The following is a list of some of the Delaware jobsites where there is documented use of asbestos products. If you or a family member worked at one of these places, you may be at a heightened risk of asbestos disease.

If you believe that you may have been exposed to asbestos at your own job, please contact a mesothelioma attorney for more information. There are many other jobsites in Delaware where asbestos was used.

The high levels of asbestos used in Delaware industries have taken their toll on the health of Delaware workers, who in some counties have some of the highest rates of mesothelioma in the country. Mesothelioma is a deadly cancer of the lining of the lungs and abdomen, which is caused by asbestos exposure.

Like other asbestos disease, mesothelioma has a long latency period. This means that a person usually develops mesothelioma long after the initial exposure to asbestos – usually between 10 and 50 years later. Due to this latency period, the number of Delaware mesothelioma deaths continues to rise even though asbestos is seldom used in Delaware today.

According to the Environmental Working Group, Delaware has the 38th highest rate of asbestos disease in the country as of 2002. Between 1979 to 2001, at least 290 people from Delaware died of mesothelioma or asbestosis. According to the Center for Disease Control, from 1999 to 2004, at least 65 people died from mesothelioma in Delaware.

As a result, workers in all these industries were exposed to significant amounts of asbestos dust until the mid to late 1970s and sometimes into the 1980s. If you have been diagnosed with mesothelioma and you believe you were exposed to asbestos in Delaware, please contact one of our mesothelioma lawyers. We can help you investigate the source of your exposure, and determine what companies were responsible.