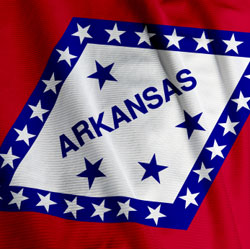 Arkansas is proudly known as “The Natural State,” with an abundance of mountains, rivers, caverns, hot springs, and forests. However, Arkansas has its share of heavy industry as well, from paper mills to oil refineries to chemical plants. For most of the twentieth century, these industrial facilities used large amounts of asbestos.

Workers in Arkansas were exposed to significant amounts of asbestos. Machinery and equipment in paper mills and other factories were heavily insulated. Asbestos was used as a fire retardant in refineries and power plants; and many workers even wore asbestos gloves and safety suits.

Other sources of asbestos exposure in Arkansas included automotive repair and maintenance. Asbestos was heavily used in brakes and clutches of most vehicles at least until the 1980s. Certain vehicles, like the Ford Mustang, continued to use asbestos brakes well into the 1990s. As a result, Arkansas car owners and mechanics may be exposed to dangerous levels of asbestos when working on brakes and clutches.

Finally, most buildings that were built before 1975 used a variety of asbestos containing materials. Asbestos was used for insulation, but it was also an ingredient in plaster, tiles, adhesives, cement, drywall, and many other construction materials. In many cases, these materials are still in place. Both construction workers and residents may be exposed to asbestos fibers when older buildings are renovated or demolished.

There were many occupations that put Arkansas workers at risk of asbestos exposure for most of the twentieth century. If you worked at one of these jobs prior to the 1980s, there is a good chance that you were exposed to asbestos:

The use of asbestos products has been well-documented at hundreds of jobsites in Arkansas. If you or a family member worked at one of these places, you may be at a heightened risk of asbestos disease. Some of those sites are listed below.

If you believe that you may have been exposed to asbestos at some other site in Arkansas, please contact a mesothelioma attorney for more information. Asbestos was used in numerous other sites – too many to list here.

Many Arkansas residents are still being diagnosed with mesothelioma and other asbestos diseases because of the asbestos that was used in the past. Mesothelioma is a deadly cancer of the lining of the lungs and abdomen, which is almost always caused by asbestos exposure.

Between 1999 and 2004, at least 50 Arkansas residents died of mesothelioma. This incidence of mesothelioma was lower than many other states, but still devastating to the residents who were affected. According to the Centers for Disease Control, this represents 1,268 years of potential life lost.

Mesothelioma has a long latency period, and can develop as much as 50 years after the original exposure to asbestos. Even though asbestos is seldom used in Arkansas today, it has left a deadly legacy as the number of mesothelioma deaths continues to rise.

If you have been diagnosed with mesothelioma, and you believe you were exposed to asbestos in Arkansas, we urge you to contact one of our lawyers for a free consultation. You have a limited amount of time to file suit, so time is of the essence.

Our firm has over thirty years of experience in mesothelioma cases, and we have represented clients who were exposed to asbestos in Arkansas. We can investigate the sources of your exposure, and help you recover the maximum possible compensation from the companies that were responsible.