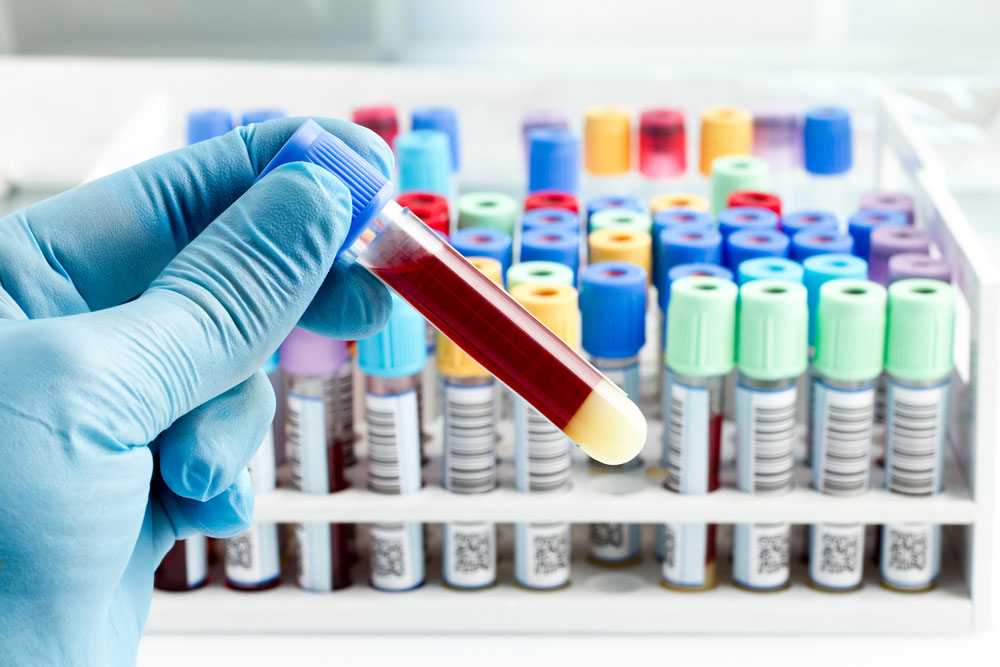 Scientists are researching new methods of treating mesothelioma, as well as looking for improvements to existing treatments such as chemotherapy and surgery. Their innovations are advancing care practices not only of mesothelioma, but of cancer in all its forms.

Diagnosis is a relevant area of research that still has room to grow. Mesothelioma is typically diagnosed at an advanced stage, which makes it more difficult to treat. Breakthroughs in this area will give those afflicted a better chance to fight their illness.

Researchers are currently experimenting with a few new techniques to identify this deadly disease in its earlier stages. While the science has not yet produced final tests, several experiments have shown promising results that bring us that much closer to breaking through.

One of these methods under development uses a fairly simple breath test. A Belgian research team has published a paper in the Journal of Breath Research that demonstrated an 87% rate of accuracy in detecting malignant pleural mesothelioma—the most common type of asbestos-related cancer, which comprises roughly 80% of mesothelioma cases.

The researchers were able to distinguish between asbestos workers who had no sign of any disease from workers who had already developed mesothelioma. This test is known as multicapillary column/ion mobility spectrometry (MCC/IMS), and is frequently employed in the detection of other dangerous matter inhaled in a variety of occupations.

The MCC/IMS test has a distance to go before it will be ready as a method of mesothelioma diagnosis, but as the research paper concludes it “holds promise for further investigation as a screening tool for former asbestos-exposed persons at risk of developing MPM.”

Minuscule substances known as exosomes are naturally occurring in the bloodstream, created during the formation of new cells. Exosomes contain materials from the cells that create them, which includes proteins and RNA. Thus, exosomes can be used in the detection of various forms of cancer. Because they pass through the kidney into urine, a urine test could be used to detect these cancers.

Dr. David W. Greening published a study in Scientific Reports to determine whether exosomes could be reliably used to detect mesothelioma. With proven methods of detecting ovarian and prostate cancers as a basis, Dr. Greening led a team study of mesothelioma cells to model and analyze what types of exosomes the cells produce.

This study did not conclusively demonstrate that exosomes could be used to detect mesothelioma, but the researchers are optimistic about further study. Comprehensive analysis of exosomes “could represent potential specific diagnostic targets for factors of MM origin.”

Finally, and probably the most promising of all, is the recent discovery that the high-mobility group box 1 (HMGB1) protein is a biomarker of cancer. As such, it can be measured (through a blood test) to detect the presence of cancer.

HMGB1 gives much more accurate and sensitive results than other currently existing techniques,  which makes it an exciting prospect for researchers who want to apply it to mesothelioma diagnosis. Because asbestos-damaged cells produce HMGB1, it is present in higher amounts in people who have developed mesothelioma. Not only that, but the researchers’ tests also identified patients who had been exposed to asbestos but had yet to develop mesothelioma.

This is big news for people who have been exposed to asbestos, as tests like this can be identified and monitored for the progression of asbestos-related illnesses, helping them and their medical team in potential health battles to come.

Early Diagnosis Still on the Horizon

Early mesothelioma diagnosis is still an area of active research, and these new techniques are still under development. If any of them are successfully developed, it will take years more of research and trials before they are put into clinical use.

Nevertheless, a reliable way to detect mesothelioma early on will improve patients’ chances to stop the disease before it can spread, and so the research must go on. Mesothelioma is very often caught in late stages, which is a major part of why it is so lethal. The prospect of early detection makes us hopeful that those diagnosed will go on to live much longer and healthier lives.