During 2009, the National Institutes of Health (NIH) received significant financial support for very important research underway in the area of genome mapping.  This work may ultimately lead to more effective treatments, and ultimately cures, for many types of cancer, including mesothelioma, a rare form of lung cancer caused by asbestos.

Cancer is caused by changes in DNA, a molecule contained in almost every cell in our bodies.  The DNA carries the instructions necessary to replicate and rebuild cells.  When there are mistakes, or mutations, in the DNA, this can cause cells to grow in uncontrolled ways.  The result is cancer.  If scientists can identify the specific mutations that have occurred within the DNA, then they can target their treatment therapies more directly.  This approach offers hope for all patients with cancer, including those with mesothelioma.

The NIH has been supporting research in the area of DNA mapping, or genome mapping, for over three years through The Cancer Genome Atlas (TCGA).  This work began as a pilot program in 2006 as a collaboration between two arms of the NIH: the National Cancer Institute (NCI) and the National Human Genome Research Institute (NHGR).  For three years, researchers used innovative techniques to study the genetic changes in three specific types of cancer: lung, brain, and ovarian.

This fall, the NIH received some significant help in its efforts to carry on this work.  It was announced that an additional $175 million in Recovery Act funds would be used to support the second phase of this project which would include the study of over 20 types of cancer cells.  The factors used to determine which cancers are studied include its prognosis, its prevalence in the population, and the overall public health impact.  The goals of TCGA include providing the entire cancer research community with data that will be useful in discovering new information about the development and treatment of different types of cancer.

According to NCI Deputy Director Dr. Anna Barker, “the  TCGA approach has enormous promise to change the  face of cancer research as we roll out the genomic profile on these various tumors in the next five years.”

Research at the International Mesothelioma Program

Researchers at the International Mesothelioma Program (IMP) previously studied the tumors of four mesothelioma patients to identify the specific genetic changes in each tumor.  The researchers found that in each patient studied, between two and six genes had mutated.  Interestingly, each tumor had a different set of genes that had changed.  Although small, this study suggests that each mesothelioma tumor has its own “fingerprint,” that is, its own unique identity.

The IMP’s research approach of sequencing all genes without any preconception as to which may be the most important ones allowed them to discover previously unknown mutations in genes that were not linked to mesothelioma or other cancers.  The IMP’s findings were published in the Proceedings of the National Academy of Sciences, 2008, and widely reported.  This breakthrough is significant because researchers may ultimately be able to design treatment plans that target the unique characteristics of the tumor.

The IMP has continued this research and has made its research data and results available to others on its website.  The “Mesothelioma Transcriptome Sequences Browser” is available at no charge to those who register.  The IMP wants to encourage research in the area of mesothelioma and welcomes the review and input of the scientific community. 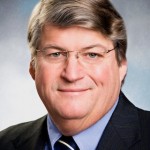 Dr. David Sugarbaker, the Director of the International Mesothelioma Program, recently spoke with attorney Gary Galiher about the IMP’s genetic research on mesothelioma tumors.  Dr. Sugarbaker pointed out that the ability to identify a specific genetic fingerprint may help cancer patients, including mesothelioma patients, gain the information they need to guide them in making decisions about the best course of treatment.

As Galiher law firm managing partner Ilana Waxman noted, “Mesothelioma is a relatively rare cancer and therefore is not one of the 20 being studied as part of The Cancer Genome Atlas project.  Therefore, it is even more important that Dr. Sugarbaker and his IMP team are involved in their own research to understand the genetic fingerprinting of mesothelioma so that advances can continue to be made in the treatment of this devastating disease.”