CTE at the Pro Football Hall of Fame

CTE at the Pro Football Hall of Fame 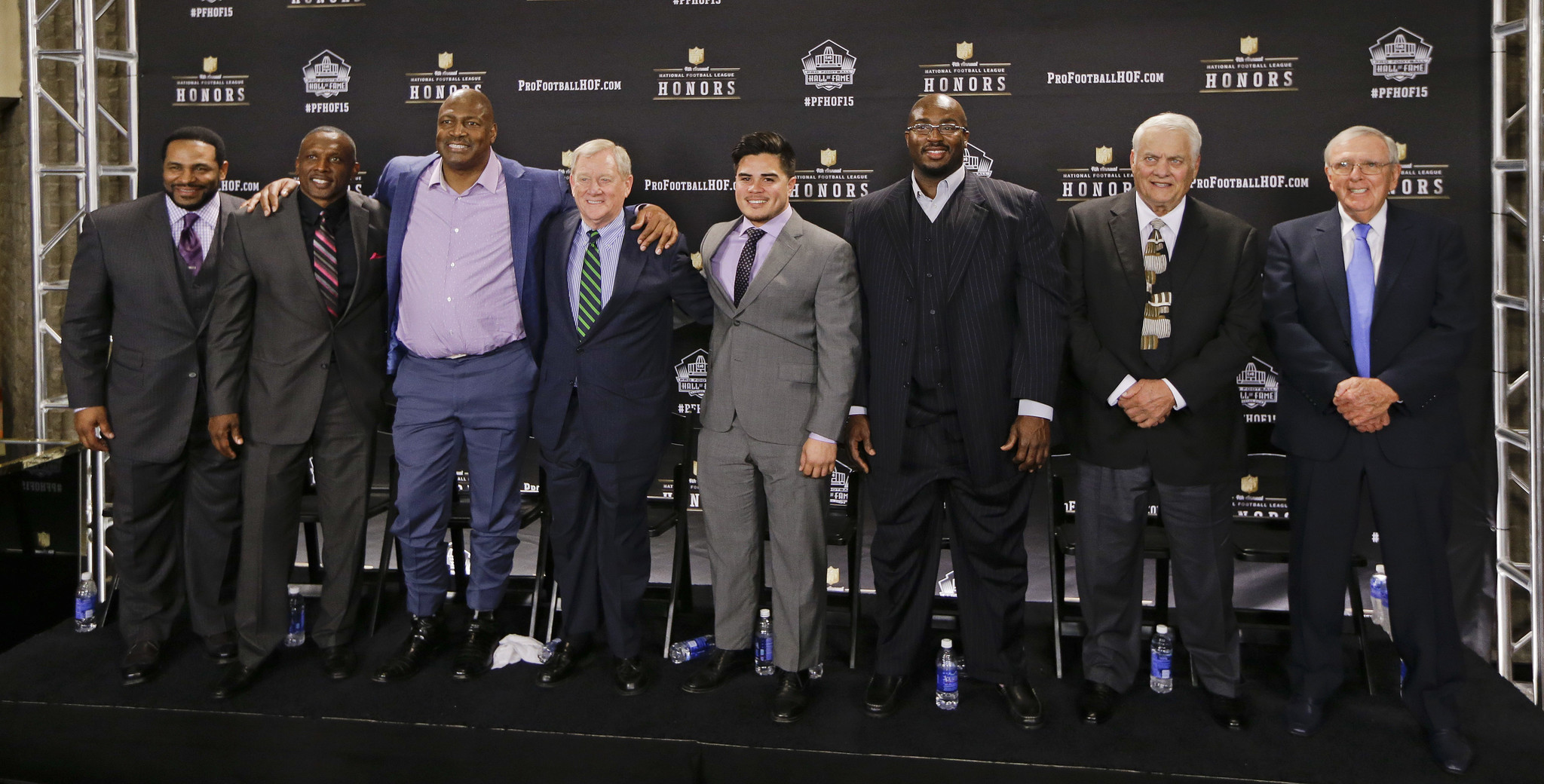 The annual Pro Football Hall of Fame convened on August 8th to honor the inductees:

While most of the inductees were able to receive their awards and deliver their thank-you speeches, Junior Seau was the only one among the group to be honored posthumously.

A controversy sparked when his daughter, wishing to give a loving speech about her father’s athleticism and personal values, was banned from speaking at the ceremony.  Seau’s early death at 45 and his struggle with neuropsychological issues relating to CTE caused trauma among his loyal fans and family.  Deciding to opt out of the NFL concussion lawsuit, the Seau estate is in the middle of a wrongful-death lawsuit against the NFL independently.

In the end, the Pro Football Hall of Fame decided to let Sydney Seau give a short interview about her father. She did not mention brain injury either on stage, or during a recording of her full speech by the New York Times. (Watch the full NYT video here.)

Hruby ran the math, and made a shocking discovery. For every five Hall of Fame players to sit down at the same banquet table this weekend, one of them is likely to end up with CTE. (Read Hruby’s Vice article here.)

As mentioned on the Gary Galiher Law Hour…Help Us Fight Forced Arbitration in Elder Care!